On one of the Mad River Valley’s most beautiful fall Sundays this Columbus Day Weekend, The Sugarbush Racing Club held it’s fourth annual cookout at the home of Peter and Debbie Koch on the Common Road in Waitsfield. Over seventy-five members and guests enjoyed the views  of Sugarbush Resort’s Lincoln Peak and Mount Ellen along with the Mad River Glen slopes which were on fire with the bright reds, yellows and greens of this year’s fall foliage. 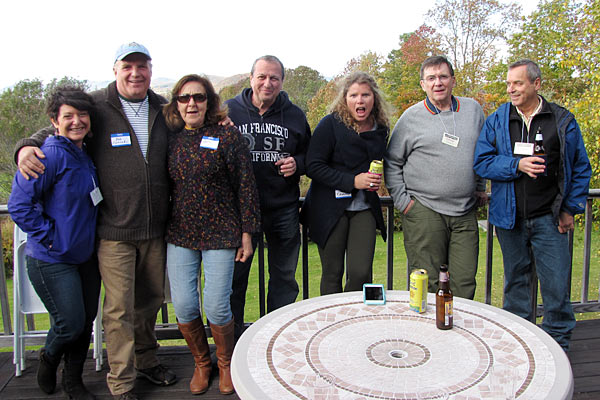 Old friends and new enjoyed sharing stories of summer adventures and discussed future plans for the up and coming ski season. Lunch of hamburgers and hot dogs was provided by the club  and were  masterfully prepared  on the outdoor grill by club member John Christiano. Also, appetizers,salads,side dishes and desserts were contributed  by many members and guests. There was an interesting assortment of food and everyone had plenty to eat. 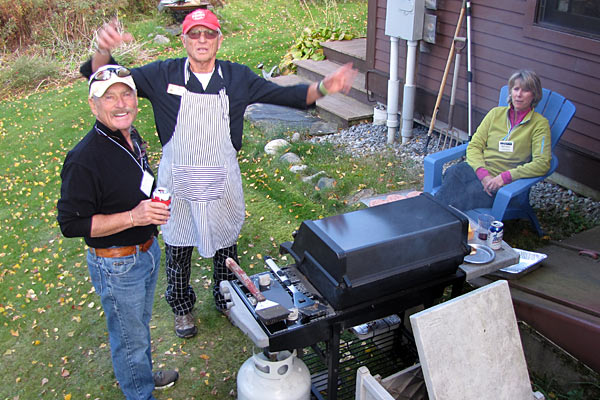 Following the lunch,the new club president, Wheaton Simis, called a brief meeting to order. He first introduced Manny Apigian, the club’s past president , who gave the club’s fiscal report. Anne Halvorson then reported on the coming year’s race schedule which includes eight days of races at Lincoln Peak on Thursdays during the months of January, February and March. Anne also announced that several men’s and women’s race clinics will be held throughout the race season.

Paula Baldwin, the Chairperson of the Communication Committee for the Club, then introduced herself and encouraged all of the members of the club to email her if they have any news of interest to members of the club so that she can publish it via the SRC email and the SRC website. Deb Koch, the chairperson the Social Committee, then thanked everyone for attending  and for helping making the cookout such a success. She briefly reviewed the plans for the apres ski race parties, the Winter Interlude dance, the End of the Year Banquet, and a possible wine tasting party. 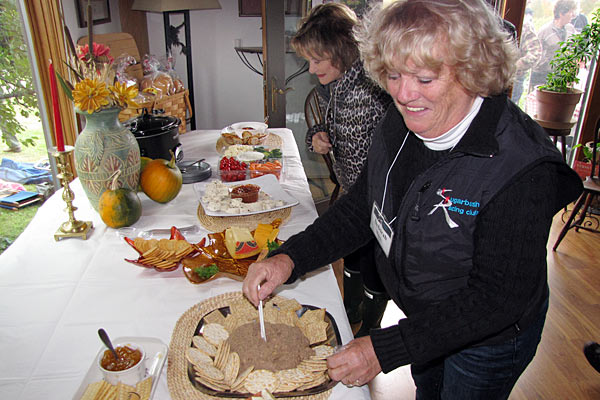 Most importantly Wheaton ended the meeting by reviewing this year’s  new membership application which will be available soon on the SRC website.  Also, there will be a meeting for ALL MEMBERS NEW AND OLD to be held at the Castle Rock Pub at Lincoln Peak on Sunday, December 13,2015 from 4:30 to 6:00. All are invited to attend.

Party photos and a drone video can be viewed HERE